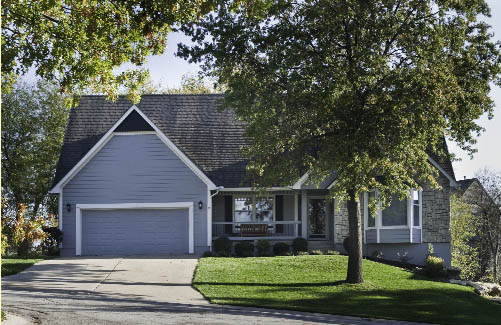 We recently asked church leaders about the following situation:

Ministers of the gospel can have their church board or council designate a portion of their compensation as housing allowance, making it exempt from federal income taxes.

What can be included in the calculations?

…the portion of a minister’s income needed for housing is considered exempt from federal income tax.

In 1989 the Tax Court fine tuned how it viewed the conditions that we listed above. It said that the only condition that was required was that someone be ordained, commissioned or licensed by a church. It went on to say that a balancing test should be applied to the remaining four conditions.

While the Tax Court’s ruling in 1989 appears to be not as black and white as the one 21 years earlier, it’s still important for ministers to understand what conditions that they need to meet before they can take advantage of the special tax rules that have been set up for them. A minister who assumes that they meet the conditions and ends up having a tax return audited by the IRS could learn an expensive lesson if it’s determined that they don’t meet the necessary qualifications after all.

Fortunately someone who genuinely qualifies to be considered a minister of the gospel for tax purposes can legally take advantage of several special tax rules that only apply to them. One such rule allows them to have a portion of their income that they receive from the church designated as a housing allowance. The result is that the portion of a minister’s income needed for housing is considered exempt from federal income tax.

While there is also a similar tax benefit for ministers who live in a church provided parsonage, we’re going to limit our discussion to ministers who rent or own their own home.

Before we share what can be included in calculating someone’s housing allowance, let’s take a moment and discuss ceilings. Not ceilings like you would find in your home, but the ceiling the IRS puts on how much of a minister’s income eventually qualifies as housing allowance.

The IRS allows the least of the following three choices:

We realize that the first two are easier said than done. For example, should a minister get a formal rental value on his home from a local real estate appraiser? What about an informal realtor’s opinion? What about the one percent rule where one calculates one percent of a home’s fair market value to arrive at a month’s rent? Then there is the question of what it would cost to rent the furnishings in a home.

Since we are not tax advisors, we can’t really recommend what approach you should take in calculating the fair market rent of your home and furnishings. Hopefully we’ve made it clearer how complicated taxes can get and why a minister should have a trusted tax advisor. Because tax law changes and can get complicated, a minister should be sure that a preparer holds a valid preparer tax identification number issued by the IRS.

Even once the fair market rent issue is resolved some amount of record keeping and calculation are involved. In both cases, utility costs need to be totaled. This means keeping tabs on all the electric, natural gas, fuel oil or other bills from energy providers. As part of utility costs, land line telephone bills, cable or satellite television bills and bills for broadband Internet service can be included. Sorry, but cell phone fees do not count. Costs for water and sewer service, and trash pickup, however, do count.

In calculating actual housing expenses, a minister can also include the following costs:

Pretty much anything and everything it takes to make a house a home can be included in calculations of housing costs. Plus, if a minister files a Schedule A (itemized deductions) with his form 1040, interest paid on a mortgage can be included as a deduction even while also being used in determining a minister’s federal income tax exemption through the housing allowance.

If you would like help in writing a resolution that approves Housing Allowance for a minister — .

As we mentioned earlier, how much (or how little) a church designates for a minister’s housing allowance can be a factor in how much of a tax benefit a minister will receive. There are three things a church should recognize:

At the end of the year it’s the minister and his or her trusted tax advisor, who determines just how much of a minister’s actual income can be exempted from federal income tax. Once all the calculations are done, which will it be that stands out as the lowest amount? The fair market rent for the furnished home plus utilities, the actual housing expenses or the amount the church designated as housing allowance? If the answer is not the church designated housing allowance, the church has given its minister more take-home pay&#0151and it didn’t cost the church a penny!

One last note. There are some in our society who are at work to have the minister’s housing allowance ruled unconstitutional. As a result, when it comes to housing allowance we encourage ministers and their tax advisors to play by the rules. Using creative and/or aggressive positions only serve to provide ammunition for these opponents to this long standing tax benefit for ministers of the gospel.

Postcard Update and Correction: While we don't specifically say here that exercise equipment can be included in calculating a minister's housing allowance, we did say it on the postcards that we distributed on this topic. Information that we have received since then indicates that exercise equipment is not considered part of one’s furnishings and thus cannot be included in calculating housing allowance. We apologize for any inconvenience this error may have caused.

On March 15, 2019, the United States Seventh Circuit Court of Appeals, unanimously reversed a late 2017 lower court ruling against the constitutionality of ministers’ housing allowance. In its ruling the appeals court likened the housing allowance for ministers to other similar benefits in the tax code for work-related housing. They went on to say that they found the provision permissible under the First Amendment and well-established precedent.

Some ministers and their churches have been concerned of late which way appeals court rulings on this topic would turn. This latest ruling from the Seventh Circuit Court of Appeals should allow them to set their concerns aside.


Please Note: This information is provided with the understanding that Church Administrative Professionals is not rendering professional advice or service.

Have an idea for a situation that you would like us to include on this page OR
Prefer to receive our periodic "In Pursuit of Excellence" analysis as an e-mail instead of as a postcard? Click Here